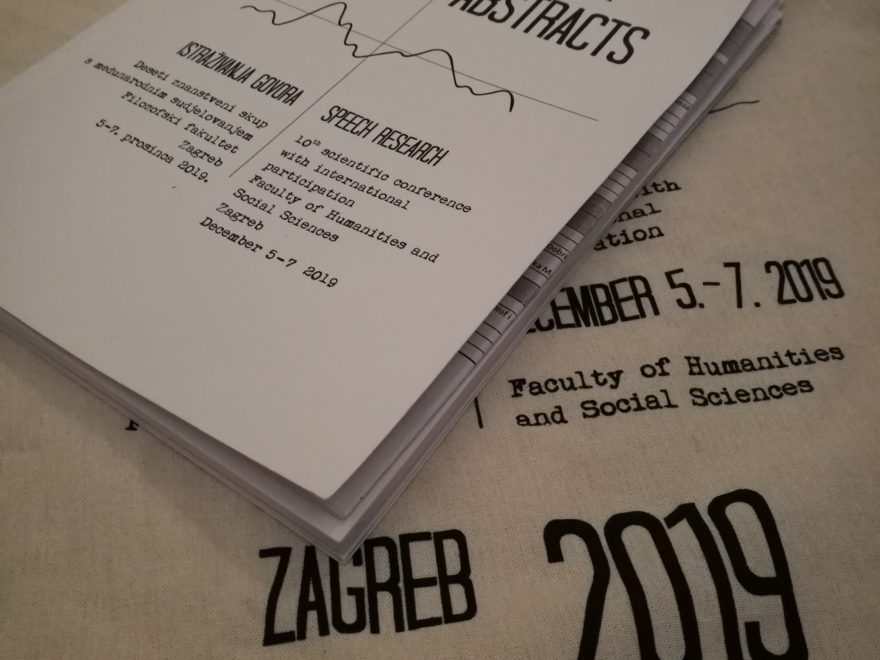 The latest event of the triannual Speech Research conference took place between December 5 and 7, 2019 in Zagreb. This year, the main topic was the articulatory investigation of coarticulation. Our research group introduced three of our ongoing studies.

Alexandra talked about our results on the articulatory and acoustic characteristics of the transparent vowel /i/. We compared /i/ in homophonous stems that are suffixed with palatal suffixes as nouns, but with velar suffixes as verbs. We found no difference between these two variants of /i/ neither in the vertical displacement of the tongue, nor in the formant data.

Tekla introduced the preliminary results of our study on the articulatory and acoustic differences of the voicing counterparts /z/ and /s/. Our results supported previous findings that the voicing in /z/ realizations may stop in several cases. We also wanted to answer the question, what articulatory maneuvers speakers may exhibit to maintain voicing in other cases. However, our first results drawn from palate-tongue distances (NND) did not reveal any of these maneuvers: there was no difference in tongue root displacement, or in the variability of tongue tip position in /z/ and /s/. In what follows, we analyze articulatory data further. 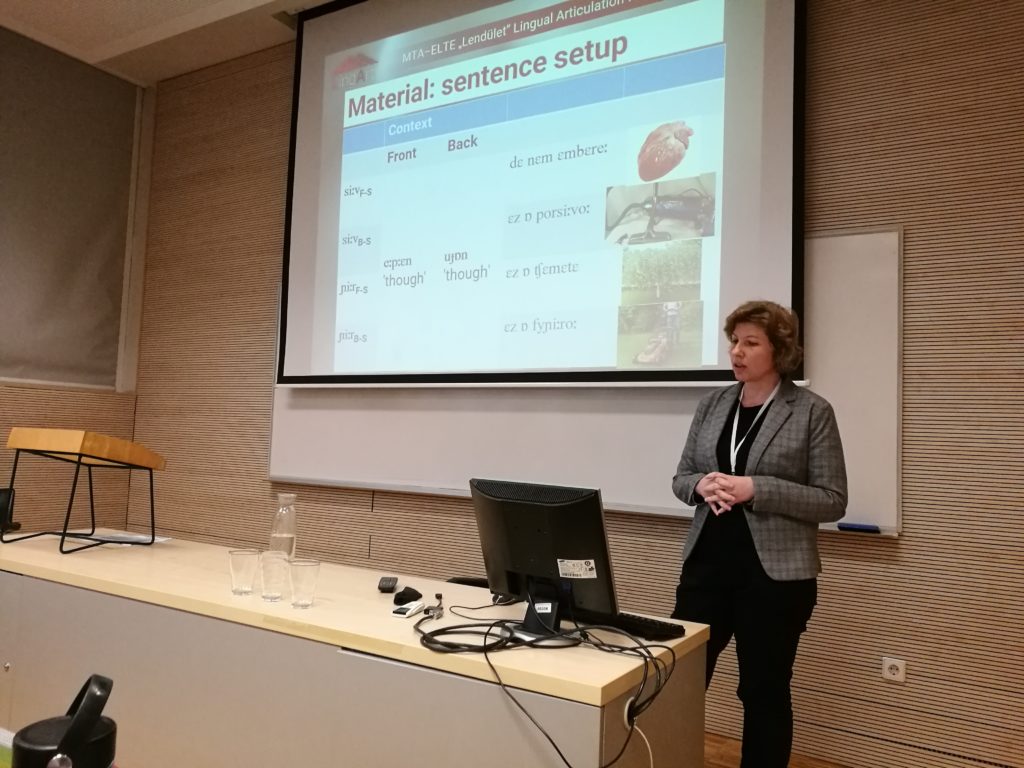 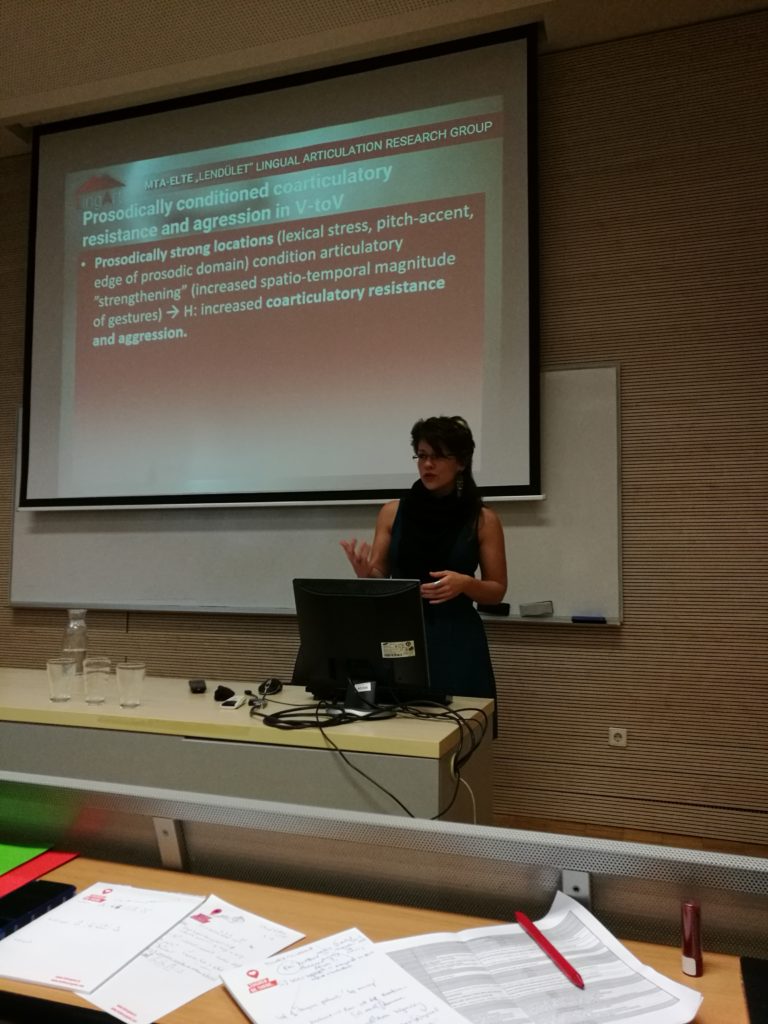 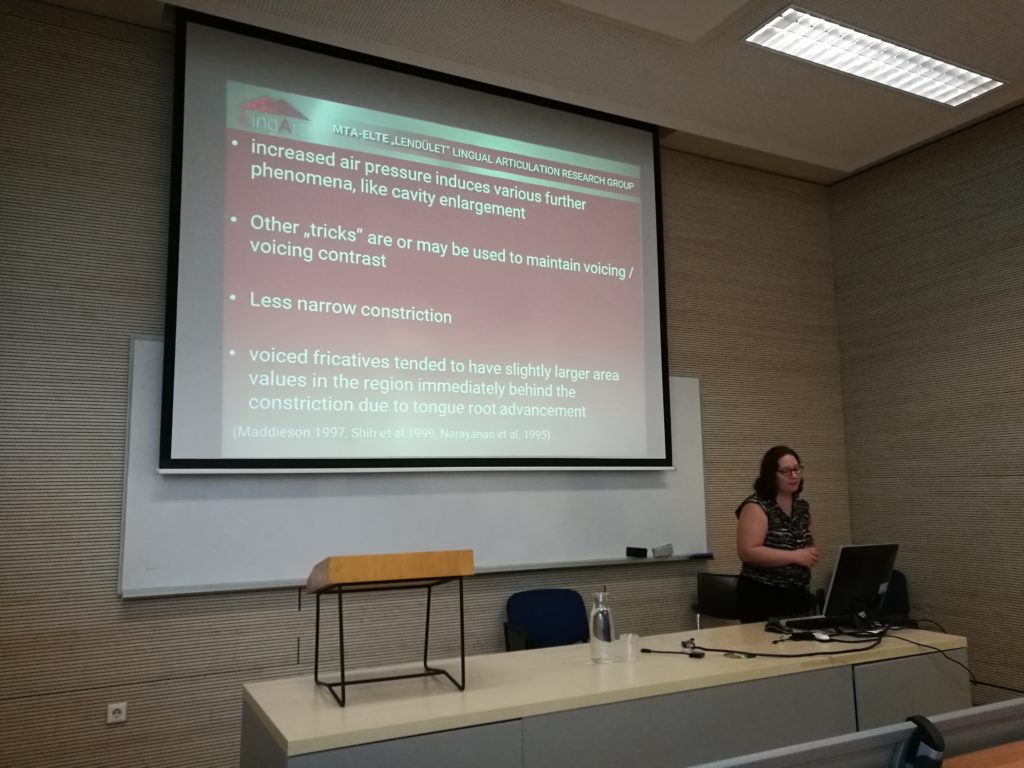